OSHKOSH, Wisconsin – Inside MToxins, you can find a number of creepy poisonous creatures. They make anti-venom from snakes and scorpions.

On weekends, they also open an educational exhibit for the public. About a year ago they added a bald eagle named Ladybird.

“She was hit by a truck in Crivitz feeding on a carcass by the side of the freeway,” said Nathaniel Frank, owner of MToxins.

The injured eagle was brought to the Raptor Education Group in Antigo for re-education. She survived but her left wing was permanently damaged.

“She will never be able to fly again. All she can do is jump around, ”Frank said.

Frank has worked with injured eagles before, including a bird with a single wing. He took charge of Ladybird.

“Federal law requires that if a bird of prey cannot be rehabilitated and released into the wild or placed in an educational institution, it is euthanized,” Frank explained. “So she’s with us for the long haul.” 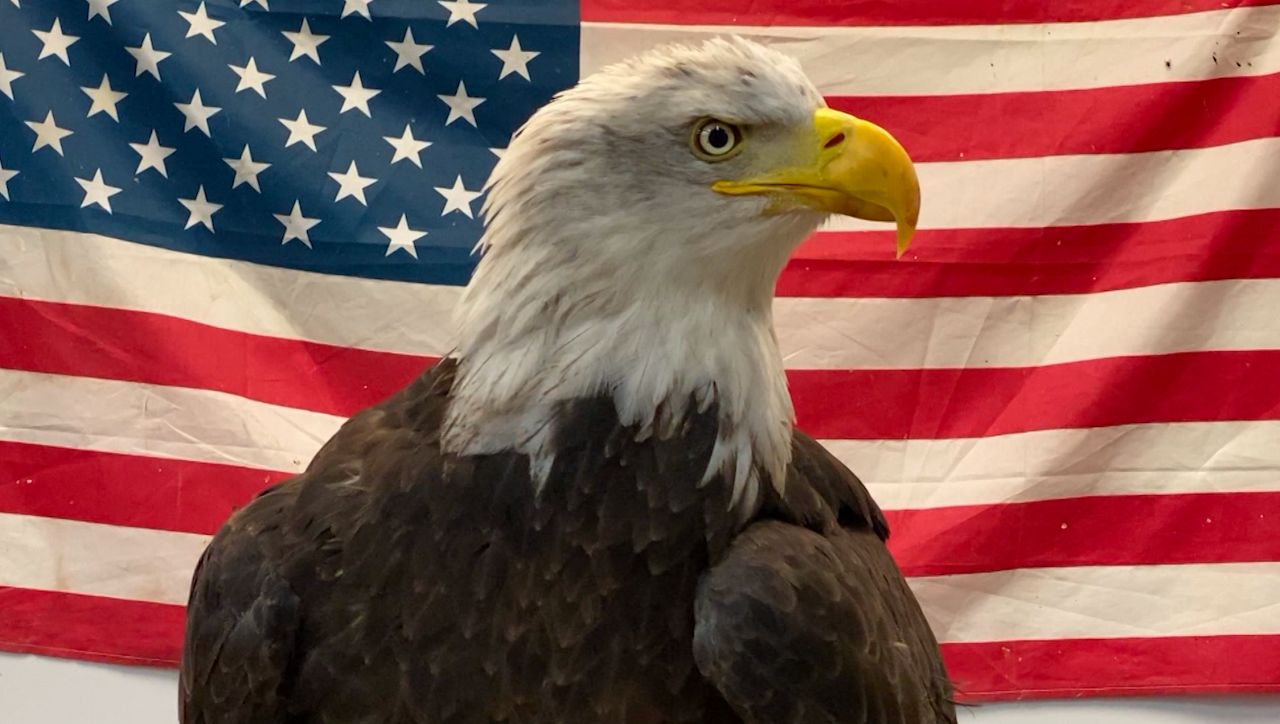 The US Fish and Wildlife Service said in 1963 that there were only 487 pairs of nesting eagles left. Younger generations aren’t so impressed when approaching an eagle. For them, eagles are a fairly common bird. But those who have seen eagles almost disappear have a different reaction.

“The old people come in and cry,” Frank said. “They are very emotional spending time with this bird and being able to get as close to it as possible.” 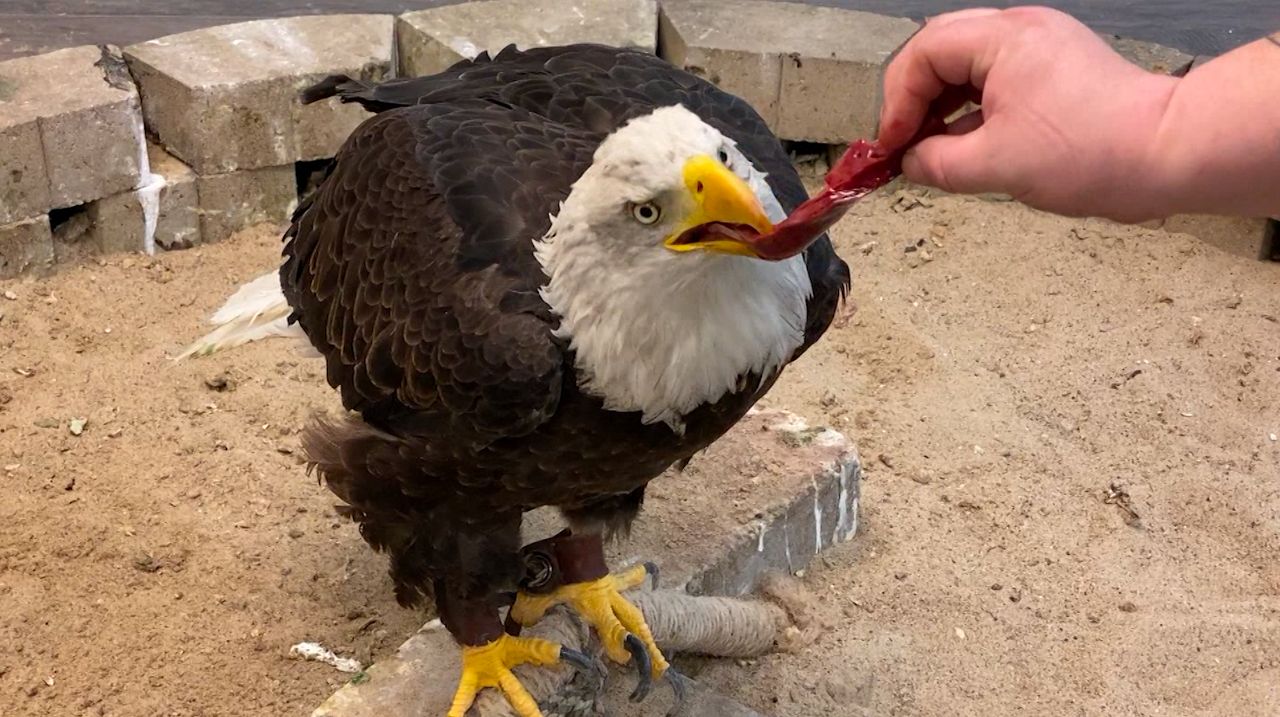 The community responded to Ladybird. During arc season, Frank calls out for hunters to bring in some fresh organ meat. Frank tries to replicate as much as possible what she would experience in nature.

Ladybird is about five years old. Her crown will continue to get whiter as she ages. Eagles in captivity can live well beyond 30 years. It’s a long engagement for Frank, but he wouldn’t have done it any other way. 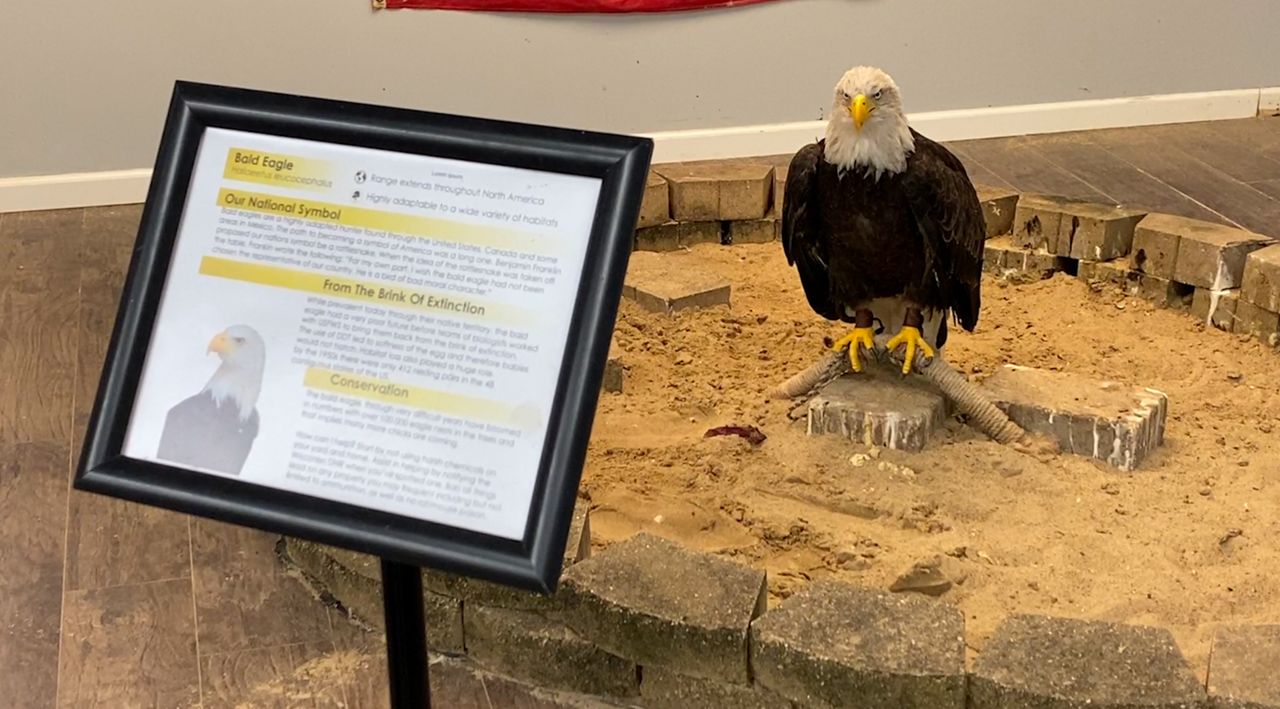 “It’s something I’ve always wanted. Any way you work with animals, ”Frank said. “It’s about teaching conservation. It all depends on how important these animals are to the ecosystem and how we can protect and keep them for generations to enjoy.

These two strive to keep bald eagles a common sight for generations to come.